For the best part of the last six years the fundamentals of SEO involved improving things like a site’s inbound links, its architecture and coding and its content, has remained unchanged. Until now, because….

Which means, if you listen carefully to Mark Zuckerburg’s latest interview at Tech Crunch Disrupt very important news – for everyone. According to him Facebook currently handles over one billion searches a day without even trying. That’s not really the interesting part, because when you have upwards of 900 million users doinking around your site you’ll get some impressive numbers to throw around, the reason we should sit up and listen is because as Mark pointed out Facebook is “uniquely placed” to deliver what we are increasingly looking for…and that is not keyword based relevancy in the traditional sense but “Which sushi restaurant did my friends go to and liked in the last six months?”.

What does this all mean for SEO?

Facebook just took a big bite out of Google’s (14th birthday) cake! OK, admittedly that’s a little premature as they haven’t even launched anything yet. But Facebook is legitimately serious about mobile and the fact that our online behavior especially on-the-go has been and is changing towards a social web cannot be ignored, and a dedicated development team is working on a Facebook Search Engine.  So in the ongoing jousting match of “hey you stole our idea, but you stole ours first” Facebook may have just shifted on to the front foot.

Of course this is speculation based on some large hypotheticals but if this all plays out the slight irony to all this is, this is the web Google always wanted. It’s always been striving to add a qualitative layer to return the very best search results. The golden key to this lies in social validation and the bottom line is more people are on Facebook than Google+ a lot more. That means Mark is currently holding aces and probably cannot wait to play them…but this is Google he’s playing with and you would be a fool to think they don’t have a decent hand to lay down in response. Let the next round begin!

Up Next: Design The New Business – Film 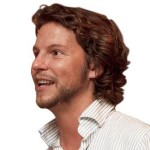 Lead creative and CEO at Catch22 doing my bit to make the web a better place. Connect with me on Linkedin or Twitter