What I Learned After Using Twitter Every Day for 4 Months

Currently, there are 288 million monthly active users on Twitter. As of 4 months ago, I guess I am now one of them.

I will be honest, I used to absolutely hate Twitter. I’ve had it for a few years, posted a few times, but that’s it. Like so many other people, I wasn’t interested in posting details of my life with strangers; but even more so, I really just didn’t understand how to use it. However, with Twitter being such a vital tool for entrepreneurs and businesses, I knew it would only be a matter of time before I needed to learn.

01. Your profile information is vital to your success.

Setting up your profile can feel like a daunting task – finding the perfect fun, but still professional photo, deciding on a cool tagline for your description, and then there’s the task of creating an awesome cover photo that still looks good after uploading it to Twitter. Well friends, I am here to tell you that if you’re using Twitter for your business or to network, optimizing your profile is actually pretty simple thanks to the many people out there who have done the research for you.

First of all, Twitter accounts with a profile picture have 10 times more followers than those without. I think we can all agree that adding a photo is a no-brainer; however, this doesn’t mean you can upload a photo of your cat and expect results (unless it’s your cat’s Twitter page). I know you have heard it before, “people connect with people,” and this isn’t going to change anytime soon.

According to LifeHacker, the most likable profile photos are those that are head-on, where the subject is “Squniching” their eyes and smiling with their teeth showing.

Think of your Twitter Bio as a keyword battle. As much as I personally appreciate a simple or clever phrases such as Karlie Kloss’s “Making the world a little more Klossy,” if growing your business and networking is your goal then this isn’t going to work. And stating your job title? No one cares.

Instead, take a minute to think about what it is you do, the service you provide. There are two key factors that will help you not only be found by your ideal prospects, but will also make you seem more original and less boring: Stating what you do and using hashtags.

For example, if you run an animal daycare, rather than just stating “Owner at DoggieWorks” try thinking about the services you provide that your customers might be looking for (especially since Twitter bios are searchable) such as “#fun #playful #doggiedaycare in the #TwinCities.”

02. RT-ing is more effective for building your followers than just retweeting.

When you click on the retweet button, there are two options: retweet as is or add a comment. When you retweet someone, it appears in your feed almost exactly as the person posted it, only with a small “retweeted by” above. The downfall to this is that people will be more likely to see the tweet and follow that person rather than you. So if building your follower base is your goal, I suggest retweeting with a comment. Doing so allows you to write an additional 116 characters to discuss your thoughts or a response to the original tweet itself. This is a great way of expressing a little personality with your followers and also making connections. HubSpot has more great tips for retweeting the right way.

03. Successful accounts may not actually have a real person behind them.

I have spent a lot of time and energy growing my followers from less than 100 to almost 1000 in under 2 months time. Unless you’re just buying your followers (more on this below), then this typically means you will be following just as many people who are following you. After I started following over 250 people, it became nearly impossible to actually weed out the really good content from the rest in my feed.  This has me really questioning whether anyone really bothers to read anyone’s content at all. With hundreds of automated software systems out there to like, retweet, tweet and message, you can literally have a rapidly-growing follower base, interact with your followers and tweet dozens of times a day without ever actually going on Twitter. Or worse, without even knowing what it is you’re putting out there and leaving the computer to decide that.

04. There is wayyyyy too much noise.

If you’re familiar with Twitter at all, then I am sure you’ve seen people post the exact same tweet 20+ times in a row. I am not sure where this “technique” started or what value they think it adds, but it needs to be stopped. Social media is too powerful to simply post without asking yourself if others may find value in what you’re saying.

05. Networking is simpler than you think.

When you want to reach out to people you admire, it can be intimidating when you see that they have a massive following. However, after observing many top Twitter accounts, I think it’s amazing how little interaction is actually happening with their tweets (with the exception of certain internet celebrities of course). If you want to make a connection, I suggest following them and retweeting by adding a response to their content to start a conversation. Keep the momentum going by liking or retweeting them at least once a week. If you do this you’ll be on their radar in no time.

06. Buying followers is apparently something that everyone is doing and no one wants to admit it.

Okay, not everyone, but the number is growing. It’s actually kind of fascinating to me that this has become a market, but if you want to make traction with your follower base, then it seems to almost be a necessity. If you decide to go this route, I suggest finding a company that doesn’t just give you hundreds of fake followers. Businesses like SocialQuant strive to grow your following based on keywords that you set up to ultimately help you find quality leads and followers in your industry.

07. You’ll never understand Twitter until you just start doing it.

Up Next: Business Owner’s Guide to Starting A Website Redesign [Infographic] 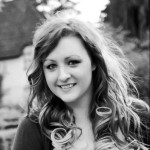 Web designer, writer, social media lover and inbound marketer at Catch22 Marketing. Also known as a professional coffee taster, shoe enthusiast and film buff. Connect with me on LinkedIn or follow me on Twitter @ariel_valley.